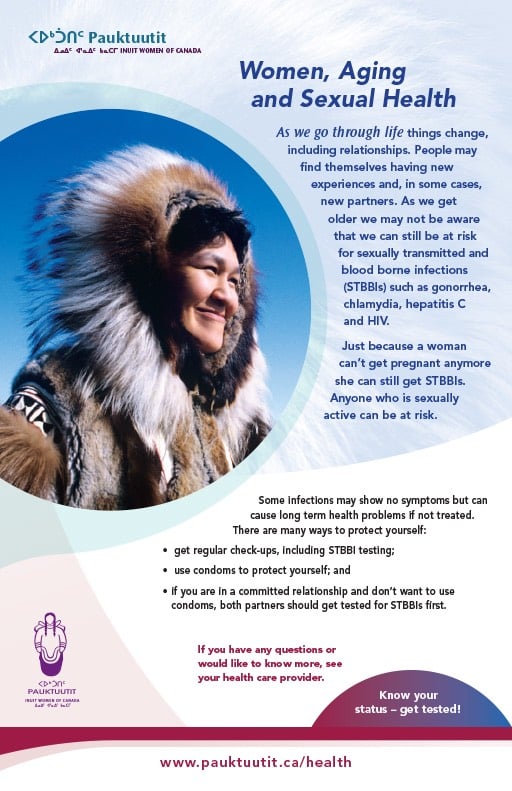 Pauktuutit’s sexual health program began in the late 1980’s when news of the first Inuk woman diagnosed with HIV became public. Pauktuutit first passed a resolution during its 1984 Annual General Meetings (AGM) calling attention to Inuit sexual health issues and to the need for information and educational materials on sexual health that met the needs of Inuit communities. Later, in 1990, an AGM resolution called for an AIDS workshop in the North. In May 1995, Pauktuutit conducted the first National Inuit HIV/AIDS and Sexually Transmitted Infections Workshop, which served to raise awareness among Community Health Representatives (CHRs) about the issues and risk behaviours associated with HIV/AIDS and STIs. In 1998, with financial support from Health Canada, Pauktuutit began a pan-Arctic HIV/AIDS health prevention and promotion program that produced and distributed HIV/AIDS-related materials in English and Inuktitut. Pauktuutit remains the only national organization focusing on specific Inuit HIV/AIDS issues and initiatives, and has gained national and international recognition and acclaim for its innovative and unique work.