Unintentional injuries are a major source of morbidity and mortality among Canadian Inuit. Along with suicides, injuries are the main contributor to disparities in mortality rates between Inuit young adults and those in the rest of Canada. There is a huge economic impact that comes with the high incidence of unintentional injuries in the North. Inuit, however, face particular challenges and there is a need to address the unique geographic, cultural, and linguistic characteristics of Inuit.

Traditional harvesting is still an important part of life for many and this involves the use of firearms, all terrain vehicles (ATVs), snowmobiles, boats, and movement out on the land on a terrain that is changing unpredictably as a result of climate change. In the growing Inuit communities there is more motor vehicle traffic, the need for greater pedestrian safety, the need for playground safety, the continual danger of house fires, and a shift to new jobs in the mineral, oil, and gas industry and the resulting need to promote occupational safety standards. Legislation and by-laws that govern the use of safety equipment and enforce age standards for the operation of ATVs and snowmobiles vary between regions and may need to be updated. As well, long time issues prevail with respect to violence, suicide, and the contributing factor of alcohol.

In the North, the social, economic, environmental, and health conditions are changing. Changing communities and lifestyles, new technologies and new media, and the persistent problems of unintentional injuries calls for a plan that is both practical and visionary. Pauktuutit’s Injury Prevention Strategic Plan is a set of options and goals about what to do, why do it, and how to do it in order to meet the challenges of injury prevention in the North over the next five years.

In terms of injury prevention, Pauktuutit passed a resolution during its 2007 Annual General Meeting resolving to work with provincial, territorial, and federal bodies, as well as other organizations, to look at legislation and to raise awareness about injury prevention. Earlier work has included participation on the National First Nations and Inuit Injury Prevention Working Group that was established in 2000. As well, Pauktuutit has worked closely with ITK on how best to develop a coordinated and systematic approach to injury prevention. In 2004, ITK prepared a draft Inuit-specific injury prevention framework which identified a number of top injury-related issues and presented nine broad-based strategic priorities. As a follow-up, in 2005 Pauktuutit and ITK consulted together with the Inuit regions to seek input and to validate the nine priorities. The findings were presented in the document Injury Prevention: Vision of an Inuit Specific Framework to Make All Inuit Communities and Regions Injury Free. In that same year, Pauktuutit completed a circumpolar review of injury prevention initiatives entitled Circumpolar Unintentional Injury Prevention Initiatives.

In 2009-2011, Pauktuutit worked with 16 Inuit communities to deliver the Health Canada program Journey to the Teachings (JTT) using a community development and community mobilization approach. This program assisted communities to develop their own community action plan for injury prevention.

Overall, this past work situates Pauktuutit as an ideal focal point for developing and delivering effective, culturally relevant strategic initiatives that promotes making positive choices about minimizing risk at all levels of society, choices that are strongly influenced by the social, economic, and physical environments where Inuit live, work, learn, and play. 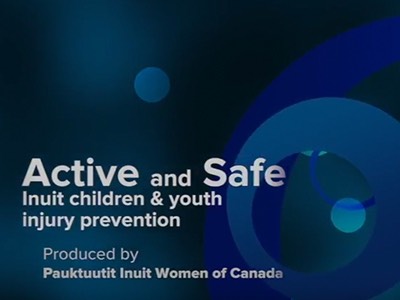